Mapping of soil erosion by water 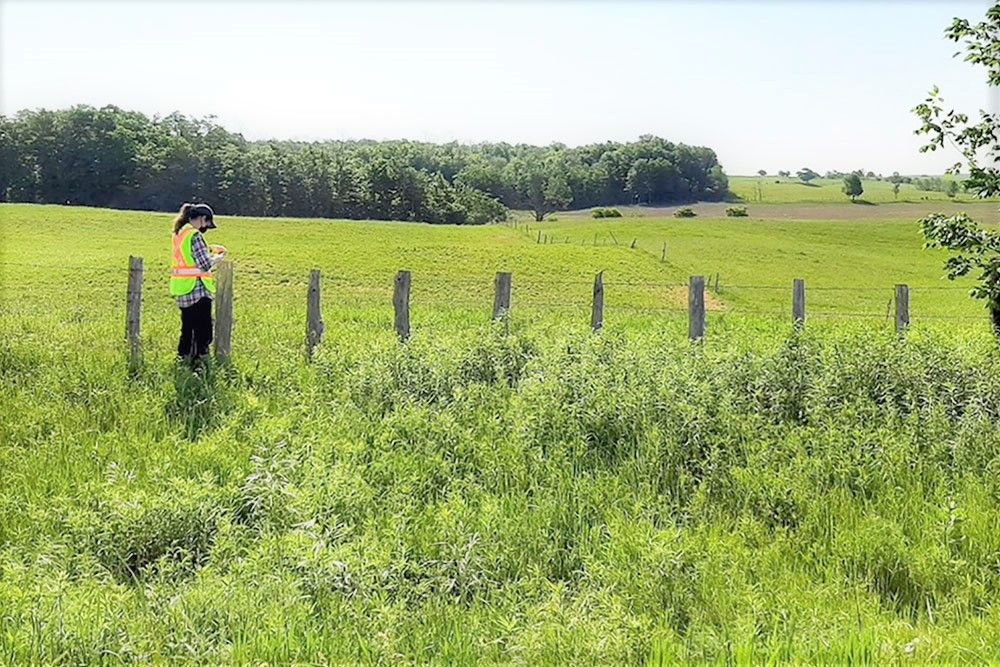 Verifying mapping work in the field.

Maps and the analysis of mapped data (typically called Geographic Information Systems, or GIS) allow conservation managers to discover trends and patterns about the landscapes they manage. GIS can help conservation managers to learn new information that might not be obvious from the ground. GIS can be used to determine which locations are more vulnerable to threats such as flooding or erosion.

The five conservation authorities of the southeast shore of the Lake Huron basin worked together to develop consistent mapping methods to learn more about the risk of soil erosion throughout the basin. Mapping soil erosion risk is important because soil erosion leads to water quality issues when soil particles leave the land and enter our streams, rivers and lakes. Soil erosion can be caused by either wind or water, and the focus of this project was soil erosion caused by water, typically called water erosion.

The Ontario Ministry of Agriculture, Food and Rural Affairs (OMAFRA) provided water erosion risk mapping based on rainfall, soil, and slope characteristics for the Lake Huron basin. Together, these three characteristics make up the inherent water erosion risk because these conditions are inherent to the landscape and cannot be easily influenced by land use practices. 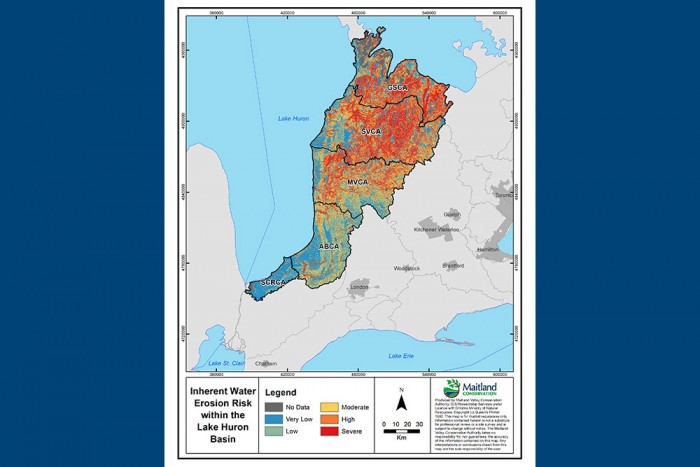 Locations with severe inherent erosion risk tend to have steeper slopes which can be difficult to farm. This means that some of the severely erodible land is kept under natural land covers, such as forests and grasslands, which are effective at reducing the risk of erosion. The land area with severe erosion risk that’s currently under natural land cover was calculated for each conservation authority. 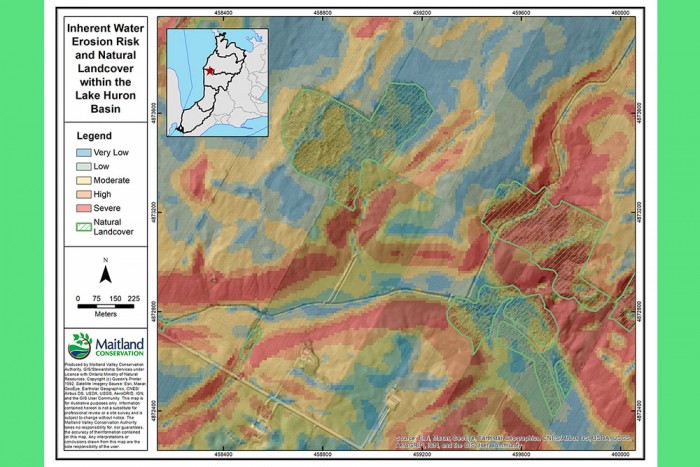 The percentage of each erosion class that’s under agricultural production was calculated for each conservation authority. In this way, it was possible to compare how much severely erodible land is currently under agricultural production across the Lake Huron basin. Additionally, crop rotations were analyzed to estimate how much of each erosion class is under a rotation with three or more crop types (such as corn; soybean; wheat; corn) compared to a rotation with two or fewer crop types (such as corn, soybean). This mapping allowed for comparison of crop rotations throughout the basin, which vary from north to south. 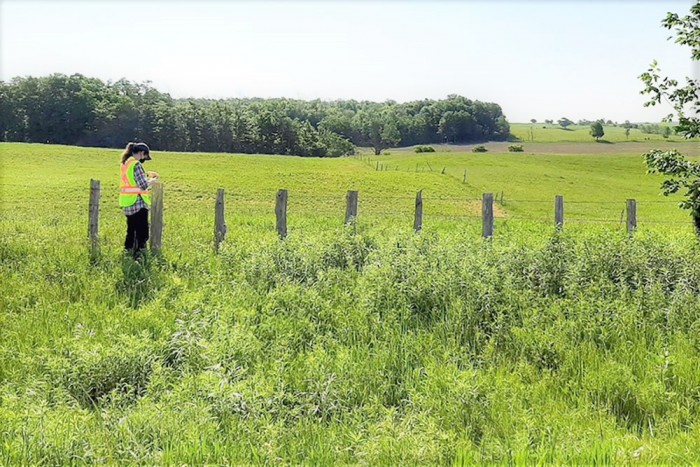