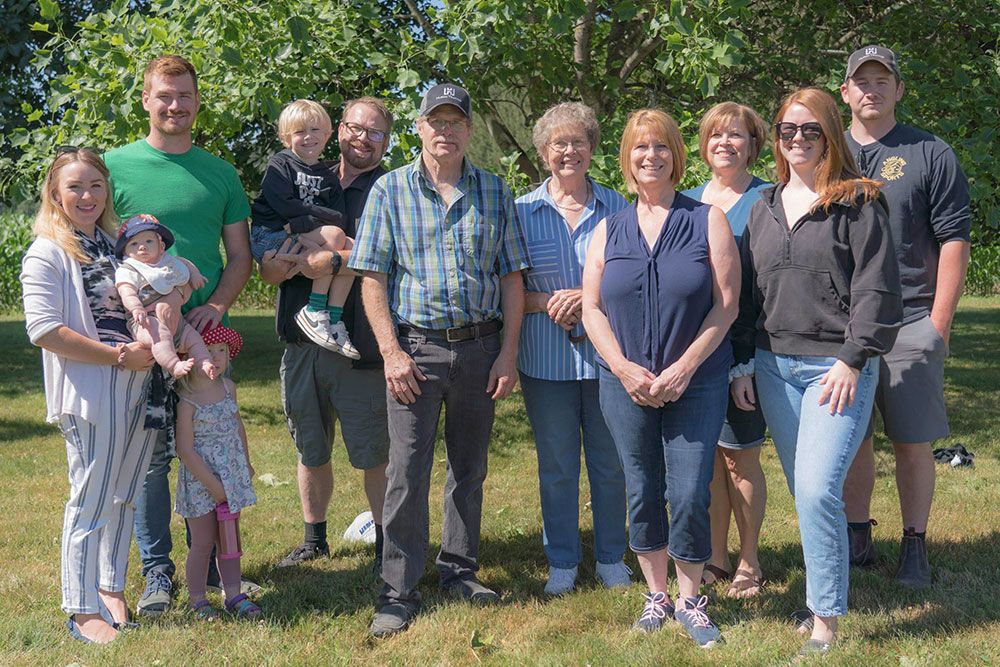 The original article (copyright Midwestern Newspapers) appeared in The Wingham Advance Times (Thursday, July 21, 2022). Excerpts are printed here, with appreciation, along with a link to the full article:

“This is a legacy that will carry on for generations,” said Huron-Bruce MPP Lisa Thompson during a celebration at the Scott Farm on Nature Centre Road just outside of Belgrave.

“I can just see Murray smiling in the background with his hat perched on his head in that special way he wore it,” Thompson said, acknowledging the man who started it all with a simple request to Maitland Conservation.

Murray Scott, who was the property owner when the project began, passed away on April 25, 2017.

Family, friends, neighbours, and several local dignitaries stopped by the farm on July 14 (2022) to attend a celebration and guided tour of the completed project, where they were honoured for their cooperation and assistance for their support.

To read the full article please visit this link courtesy of The Wingham Advance Times/Midwestern Newspapers:

(A) 2018 report to North Huron council was to provide information about an expansion to the project that would “undertake additional channel improvements to the drain as well as incorporating past rural stormwater management projects into the report of the municipal drain.”

The report acknowledged the dramatic improvement to the upstream portion that “now sustains brook trout reproduction” and provides “critical spawning for salmonids that enter the Maitland River from Lake Huron.”

“The Scott Municipal Drain Demonstration Project is an innovative example of how drainage systems can be designed to protect and improve the natural environment,” a media advisory from MC said. “Recently a new section of channel was restored and many previously constructed natural features were incorporated into the drainage report.”

A March 2021 engineering report by RJ Burnside said, “There are many environmental features that have been constructed in and around the Scott Municipal Drain… to improve the water quality characteristics of the watershed area, provide water storage and runoff attenuation, and improve the aquatic characteristics of the Scott Municipal Drain to encourage fish species to utilize the drain as they once did.”

The celebration finished with a guided tour through the project, serenaded by hundreds of bullfrogs living in the farm’s wetland areas.

The Scott Municipal Drain Demonstration Project is sure to be a guiding force in the future of municipal drains systems; utilizing the existing landscape and welcoming natural habitat back to the area has created a blueprint that other conservation authorities and municipalities can use for decades to come. 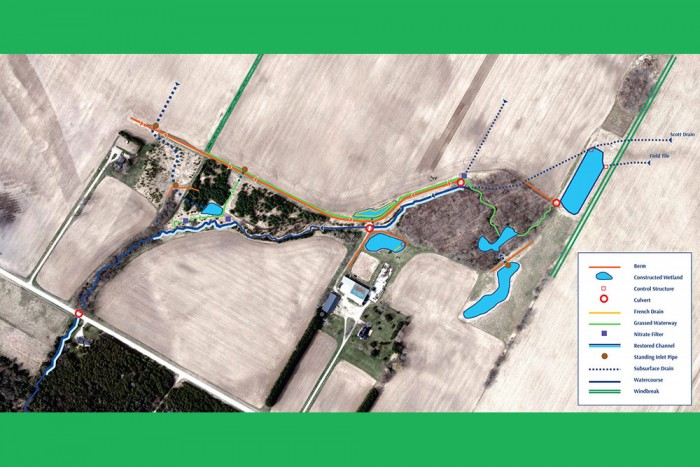